Home Sports Betting What do you know about the history of the Asia Cup? Let’s find out.

What do you know about the history of the Asia Cup? Let’s find out. 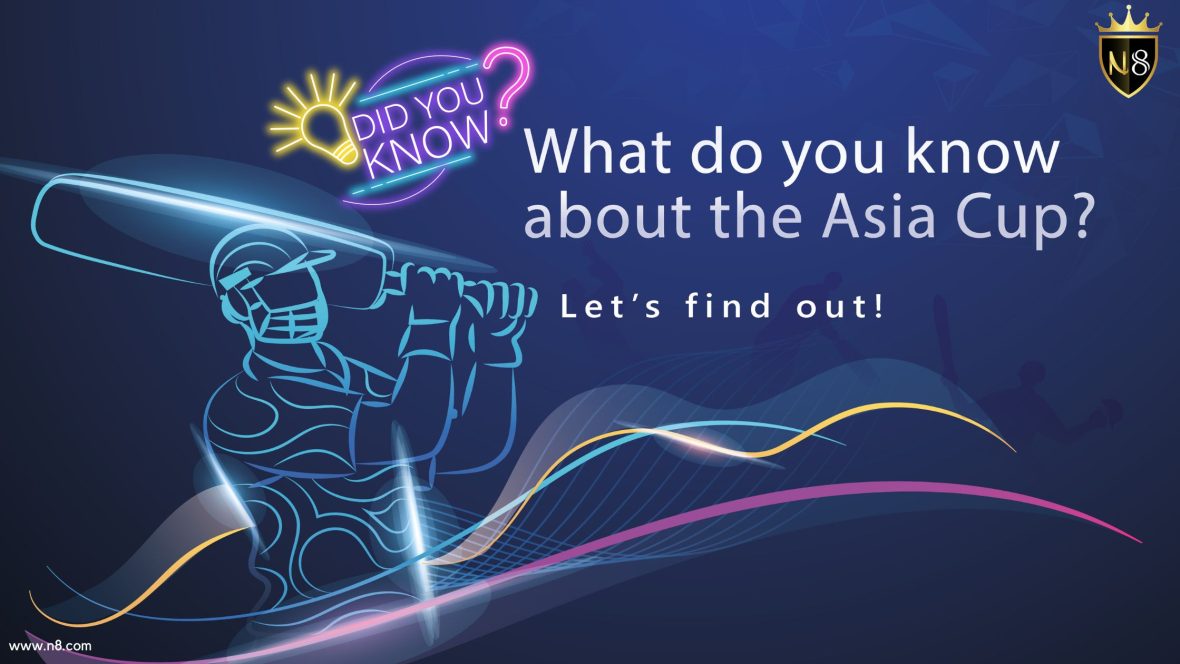 Fancy yourself as a bit of a cricket expert, do you? Since the Asia Cup 2022 is in full swing, it seems to be the ideal time to recall all of its glorious past.

The much-anticipated 15th edition of the Asia Cup started on Saturday, August 27, 2022, with a match between Sri Lanka and Afghanistan at the Dubai International Stadium in Dubai. Afghanistan won that match by 8 wickets. The following day, August 28, saw the mother of all cricket clashes when arch-rivals India and Pakistan locked horns in a high-voltage and much-anticipated clash at the same stadium. In a nail-biting match, India won by 5 wickets with just 2 balls to spare!  Following that, Afghanistan beat Sri Lanka, and India defeated newbies Hong Kong.

The tournament’s final will be contested on September 11th, with one of the six teams competing declared Asia’s champions. Notably, for the second time in history, the championship will be played in the T20 format, allowing teams to fine-tune their preparations for the T20 World Cup, which will begin in October this year.

In terms of tournament history, India won the first Asia Cup in 1984. With seven titles to their name, the Asian giants are the most successful team in the sport. Pakistan and Sri Lanka have won the trophy five times each. The Men in Blue have won the past two titles, in 2016 and 2018, and will be looking to complete a hat-trick in the forthcoming tournament. Not to mention that the series was played in T20 format for the first time in 2016, with Team India triumphant.

The most successful Asia Cup teams

India and Bangladesh have been in the previous two finals. Both the 2016 and 2018 tournaments saw India and Bangladesh compete in the finals. The contest was lowered from 20 overs to 15 overs each side six years ago. The Bangla Tigers batted first and scored 120/5 owing to Mahmudullah’s undefeated blitz effort of 33 from 13 balls. India easily completed the goal with eight wickets in hand, securing their sixth trophy. Both teams met again two years later in Dubai, with Bangladesh once again failing to win a major title. They batted first and scored 222 in 48.3 overs, thanks to Litton Das’ century. India crossed the finish line with the last ball of the innings.

Amidst all the action and hullabaloo, let’s test your knowledge of the Asia Cup with a quiz.