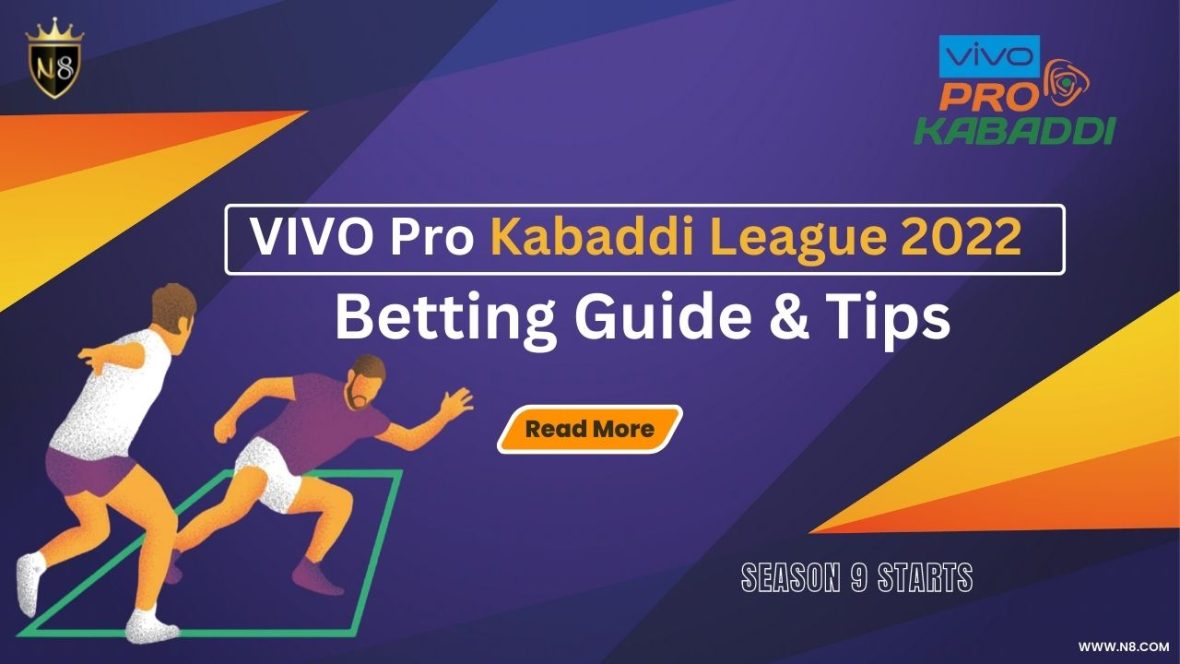 Kabaddi has been played in India for as long as anyone can remember, and it is currently more popular than ever. The Pro Kabaddi League (PKL) will begin on October 7, 2022, which is great news for Indian Kabaddi lovers. Millions of Kabaddi fans will be watching the VIVO Pro kabaddi matches closely and keen to participate in Kabaddi betting over the following few months. While Kabaddi betting cannot be compared to cricket or football betting in India, there is still a sizable population of Kabaddi fans who are eager to bet on all Pro Kabbadi League games featuring their favourite team. If you’re not sure how Kabaddi betting works, we’ve got you covered.

The importance of Kabaddi and Kabaddi betting in India

Unlike cricket, which was conceived and developed in England but a craze in India, Kabaddi is a purely Indian game. Kabaddi is also a popular sport in the Indian subcontinent, and it is Bangladesh’s national sport.

Most of us in the subcontinent would be surprised to learn that Kabaddi was previously an Olympic sport. However, the Kabaddi game played at the 1936 Berlin Olympics was an exhibition event. As a result, India was unable to add one more gold to their valuable tally of nine golds. Hanuman Vyayam Prasarak Mandal of Maharashtra demonstrated the sport. Maharashtra may be known for producing the best of Indian cricketers, but their state sport is Kabaddi.

History of the Pro Kabaddi League

In 2014, the Pro Kabaddi League held its inaugural season. The inaugural season lasted from July 26 through August 31, 2014. There were two round-robin matches, two semi-finals, a third-place game, and a final game. There would be 56 games in the first round and four in the play-off stage, for a total of 60 games. The initial edition included eight teams. The first game was on July 26 between U Mumba and Jaipur Pink Panthers, while the final was on August 31 at Mumbai's Sardar Vallabhai Patel Indoor Stadium. The inaugural Pro Kabaddi League was won by Jaipur Pink Panthers, who defeated U Mumba 35-24.

Before you get on one of the Kabaddi betting sites to place your Pro Kabaddi 2022 bets, you should know who’s playing against whom and when. Here’s the Pro Kabaddi schedule to make your Kabaddi online betting easy.

Who could win Pro Kabaddi League 2022?

Some Pro Kabbadi betting sites and apps in India are already offering odds on who will win the season. Some of them have Patna Pirates as the favourite, with Telugu Titans, Dabang Delhi KC, Puneri Paltan, and Tamil Thalaivas competing for second place. There are other Kabaddi betting sites that claim that Gujarat Titans, UP Yoddhas, and Haryana Steelers have relatively limited possibilities of making it to the winner’s podium, according to the odds. Patna Pirates and Dabang Delhi KC have previously won the PKL title, but let’s see how the other three candidates on the list fare.

Telugu Titans have been a member of the Pro Kabaddi League since 2014, reaching the semi-finals twice but never making it to the final. They did not have a particularly great season last year since its primary raiders, Siddharth Desai and Rohit Kumar, missed a number of games due to injury. The team’s owners have rebuilt the squad and coaching staff in preparation for Pro Kabaddi 2022. Manjeet Chhillar is the Telugu Titans’ new assistant coach, and he has devised an outstanding strategy to ensure that the Telugu Titans have a strong group for PKL season 9.

The Tamil Thalaivas of the Pro Kabaddi League have negotiated a sponsorship agreement with sports news service DafaNews. Tamil Thalaivas have also assembled a formidable squad for the PKL’s ninth season. This time, their objective and approach were to recruit great players during the auction in order to win the title in the future season. They have made a significant investment on Pawan Kumar Sehrawat, the Pro Kabaddi League’s most successful raider over the previous three seasons. Sagar, who was the second best defender last season, is another strong competitor that the Tamil Thalaivas have kept this year. Last season, he had 83 tackle points, including eight high-5s. Tamil Thalaivas will have great expectations of him, and he might show to be a very dangerous defender, bringing them closer to the championship.

Puneri Paltan has been a Pro Kabaddi League underperformer in previous seasons, but this might be his season to shine. Puneri Paltans have a good chance of winning this season according to coach Anup Kumar’s plans. He encourages emerging talent and is not afraid to rest older players. He is known as Captain Cool because he never becomes hostile and always instructs the squad quietly even during difficult times. His player rotation plan and in-game modifications based on performance and scenario make it difficult for the opponent to formulate a strategy. The club fared admirably throughout PKL season 8, and it is hoped that the squad will play even better in season 9.

Now that we have covered all the information about the Pro Kabaddi schedule and Vivo Pro Kabaddi players and teams, we’ll move onto all the info you will need on Kabaddi online betting and Pro Kabaddi betting sites.

The primary purpose of betting odds is to show the relative possibilities of an occurrence. Simply explained, it is the ratio of the sums invested by two sides to bet on the basis of the estimated chance. Before you start Pro Kabaddi betting, you must first examine the Kabaddi betting rates on Parimatch, balance the pros and disadvantages, and then put your bets. The main goal of our odds is to help you forecast the outcome of the game and discover who has a better probability of winning and who is likely to lose. However, the ultimate decision is entirely up to you!

Before betting on the selected team, you must first select the most profitable bet kind. So, let’s get started with the most common Kabaddi bet kinds offered on Parimatch! Among kabaddi betting sites, we offer the best betting market.

When placing three-way bets, you have three alternative outcomes from which to pick. This wager type generally relates to the outcome at the end of the game. For example, Team 1 wins, Team 2 wins, and there is a tie.

It’s a great tool for bookmakers that assigns a virtual deficit to each pick to make a game more balanced. Some bookmakers refer to it as “line betting” or “point betting.”

The main purpose of this betting type is to provide you a better chance of winning from a single event. It is often used to cover two conceivable game outcomes with a single stake. It generally includes both teams’ wins and draws.

This is also known as an over/under bet. When you select this option, you will be betting on the total number of points scored by both sides in a match.

As you can see, there are several betting markets for Kabaddi. But the most thrilling aspect of this game is placing live bets on your favourite team while the game is taking place (not in a few hours before the game). One of the primary reasons why bettors enjoy live Kabaddi betting online is that they can watch the game and place a winning bet at the perfect time.

It makes no difference whether you watch the game or not when you place pre-match bets. However, when you place live bets, you do it while the match is already underway at a specific time. As a result, you are paying greater attention to the activity and placing such bets.

Read More: Kabaddi Betting Guide and Tips You Should Know

Why pro kabaddi betting on the N8 Kabaddi Betting App

Nothing beats betting on your favourite sport while you’re on the go. It is obvious that you cannot simply sit in front of your computer and wait for the games to begin. Furthermore, we live in a time of digital transition, when individuals desire to do everything on the move. The N8 app values your valuable time! We offer a simple mobile app that allows you to bet Pro Kabaddi while on the go in just a few clicks.

That’s not all, you can get your hands on some of the best N8 bonuses and promotions available for 2022 Vivo Pro Kabaddi League betting!